The Force-Stroke curve of the silicone rubber keypads can be a crucial parameter for keypads design. The travel (distance) of the keypads will essentially affect the tactile feeling of the operation.

Silicon rubber keypads are currently used to make a direct or indirect connection to a circuit board or another switching mechanism fastened below. Elastomeric keypads can provide a maximum tactile response due to their full travel flow when it comes to data entry interfaces. They offer a lower unit cost than conventional switching products, and are resistant to temperature, moisture, chemicals, and abrasion, providing them with a long operating life.

Elastomeric keypads are manufactured from rubber and are formed using molds. Most elastomeric keypads utilize the rubber as the top circuit or actuator when pressed, making contact with a lower switch circuit or PCB. Differing forces can be accomplished by using various key constructions as shown below:

A. Curve when the button is not pressed 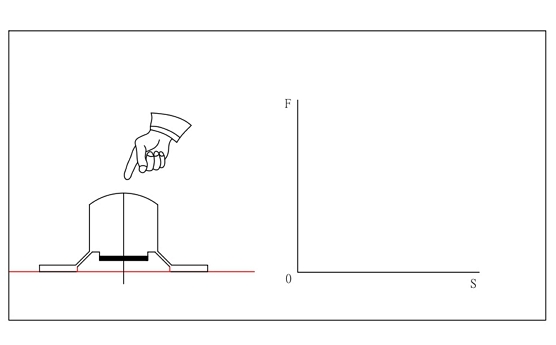 B. After the button is pressed and before the rubber collapses and deforms,called: Peak Force 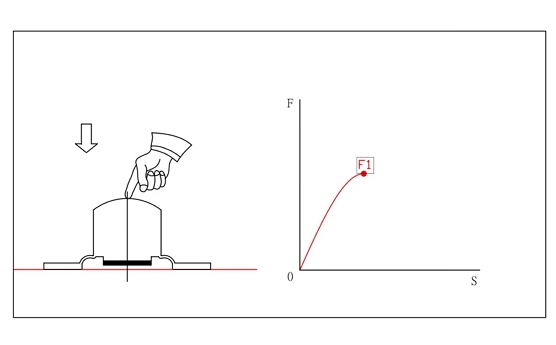 C. After the collapse and deformation, until it is pressed down to the curve generated by the PCB: F1~F2 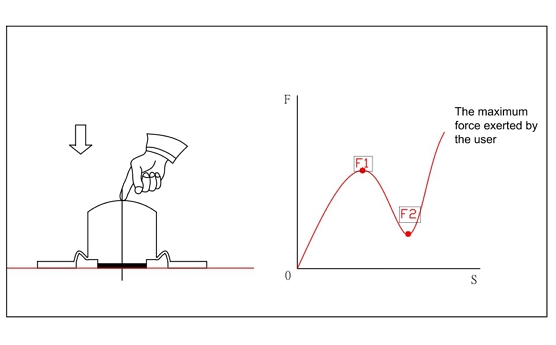 D. When the user moves up and wants to leave the button, due to the structure and the rubber itself will cause the rebound force, the initial value of the rebound is: F3 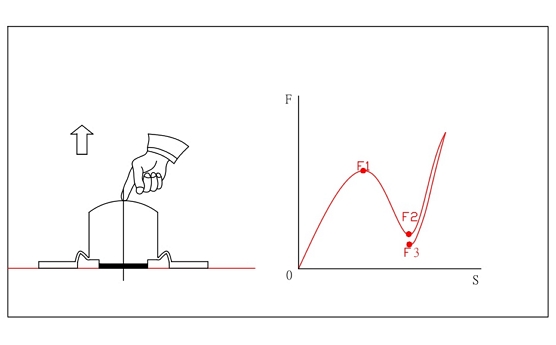 E. When the button bounces to the critical point, the maximum rebound force value will be: F4

F. When the user leaves the button, it returns to the starting point of Force=0; Stroke=0 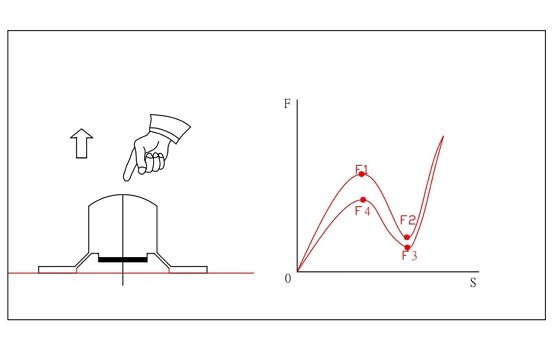